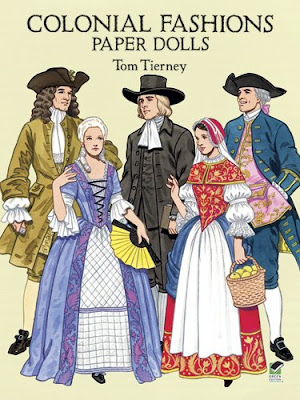 IN THE FOOTSTEPS OF BENJAMIN FRANKLIN -
​ PART ​
2

Continuing with our tour of the "Old City" of Philadelphia - when we left you
​ 2 weeks ago, we were at the Second Bank of the United States, enjoying its excellent portrait gallery.  As you leave the Second Bank of the United States, cross 4th Street, and continue east on Chestnut Street. In the middle of the block is a small alleyway to your right. The building that faces you at the end is a treasure - - Carpenters' Hall.

CARPENTERS' HALL
http://www.visitphilly.com/history/philadelphia/carpenters-hall/
Historic Philadelphia. Carpenters' Hall, a splendid cruciform building with an octagonal cupola, hosted the First Continental Congress in 1774 and was the original home to Franklin's Library Company, The American Philosophical Society, and the First and Second Banks of the United States.

Today, Carpenters' Hall is open to the public and welcomes over 150,000 world-wide visitors to this wonderful Georgian building. Admission is Free. Hours are Tuesday -Sunday 10-4.

Leaving Carpenters Hall, walk back down the alley. (If you have time, you may wish to stop at the New Hall Military Museum on your left, or, on your right, Pemberton House which houses the Independence National Historical Park book store). Cross Chestnut Street, turn right, and in the middle of the block between 4th and 3rd Streets there's another alley leading north. Follow it, and you'll come to Franklin Court.

No visit to old Philadelphia would be complete without mention of its most famous citizen, Benjamin Franklin. This is the spot where Benjamin Franklin lived, and although his house was demolished in 1812, it is outlined by a skeletal structure of tubular steel above ground. Entrance to the courtyard is from Market or Chestnut Streets, between 3rd and 4th Streets. The Benjamin Franklin Museum was closed for renovations during our prior Philadelphia convention in 2011, and it is now a state-of-the-art exhibit space. Dedicated to the life, times and legacy of Philadelphia’s famous founding father, the Benjamin Franklin Museum invites you to explore a variety of interactive exhibitions.
The world-class museum features personal artifacts, computer animations and hands-on displays exploring Franklin’s life as a private citizen and statesman.

Visitors can learn about the various roles Franklin filled during his lifetime, including his work as a printer, a scientist, a diplomat and a founder of civic institutions. Individual rooms in the museum reflect different aspects of Franklin’s personality and character traits, as he was known to be strategic, rebellious, curious and full of wonder.  The Benjamin Franklin Museum also showcases how Franklin embodied the spirit of the 18th century and how his ideas are still relevant today. Hours are 9:00 a.m. - 5:00 p.m. daily and admission is $5.00.  Admission is available at the door and must be purchased on the day of your visit.

Just beyond Franklin Court, on Market Street, are restorations of five buildings, three of which were erected by Franklin, that contain an 18th century Post Office, an architectural/archeology exhibit, an operating post office, and a postal museum. It's appropriate, since Franklin was responsible for the US Post Office Department, and was the country's first Postmaster-General.  There is also a PRINTING OFFICE AND BINDERY (320 Market Street).  Demonstrations of 18th century printing and binding equipment are given by Park Services rangers.

Leaving the Market Street buildings, turn right, cross 3rd Street, and continue east one block to 2nd Street. Turn left (north) on 2nd Street and walk about half a block to an architectural gem - - Christ Church.

CHRIST CHURCH
http://www.christchurchphila.org/
This Anglican (Episcopal) Church, at 2nd Street just above Walnut St., is one of the nation's quintessential Colonial churches. It is a beautiful brick structure with a 200 foot white steeple. Its construction began in 1727, and those who worshiped there regularly included George Washington, Benjamin Franklin, Betsy Ross, Robert Morris, and Dr. Benjamin Rush. The church preserves the pews used by Washington, John Adams, and their wives.

The interior of the church is every bit as lovely as its exterior. It contains a baptismal font from the 1300s - - a gift from London's All Hallows Church in which William Penn was baptized, a pulpit from 1769, and a chandelier still in use since its installation in 1740.

The interior is open Monday-Saturday 9 - 5, Sunday 1 - 5.  Your visit to the interior is free; the Church suggests a $5.00 donation.  Tours of the church are available.

This 15 foot wide street, bordered by 33 houses is among the oldest continuously inhabited residential streets in North America, and is a National Historic Landmark. The oldest houses in the Alley are nearly 300 years old.

Among the Alley's residents were tradesmen and their families, including shipwrights, silversmiths, dressmakers, and pewter smiths. The Alley is a rare surviving example of 18th century working-class housing. The Georgian and Federal style houses, two to three and a half stories high, and the cobblestone street, were typical of Philadelphia in the early 1700s.

There is a Museum House in units 124-126.  Private tours are offered.  It is closed for winter so check back on the website for summer hours. Admission is $5.00.  All other houses are private and must be viewed from the outside. Naturally, with a street only 15 feet wide, you stroll down Elfreth’s Alley, rather than drive.

Leaving Elfreth's Alley the way you entered, turn left, and walk 1/2 block south to Arch Street. Now, turn right, and walk just over a block to the Betsy Ross House.

BETSY ROSS HOUSE
http://historicphiladelphia.org/betsy-ross-house/what-to-see/
According to the oral history, in 1777, three men-George Washington, Robert Morris, and George Ross, visited Betsy Ross in her upholstery shop. Washington pulled a folded piece of paper from his inside coat pocket. On it was a sketch of a flag with thirteen red and white stripes and thirteen six-pointed stars.

Washington asked if Betsy could make a flag from the design. Betsy
​ ​
responded: "I do not know, but I will try."

As the story goes, Betsy suggested changing the stars to five points rather than six. She showed them how with just one snip of her scissors.  They all agreed to change the design to have stars with five points.  Betsy Ross then proceeded to construct the first US Flag.  Her home, at 239 Arch Street, was built over 250 years ago - - the front portion about 1740, and the stair hall and rear section in the 1750s.

The structure is a variation of a "bandbox" style house, with one room on each floor and a winding staircase stretching from the cellar to the upper levels. The building's front facade, with a large window on the first floor to display merchandise, and its proximity to the Delaware River, made it an ideal location for a business. In fact, the house served as both a business and a residence for many different shopkeepers and artisans for more than 150 years. The first floor front room was used as the workshop and showroom. The business owner and his or her family lived in the rest of the house.

Today, the Betsy Ross House is furnished in the period in which Betsy lived here. You can view seven period rooms, including a kitchen, parlor, bedrooms, and the only interpretation of an 18th century upholstery shop in the country. The rooms are furnished with period antiques, 18th-century reproductions and objects that belonged to Betsy Ross and her family. Highlights of the collection include Betsy Ross' walnut chest-on-chest, her Chippendale and Sheraton side chairs, her eyeglasses, her quilted petticoat and her Bible.

After you tour the house, make sure to meet Betsy Ross at her upholstery shop.  Also see a new interactive exhibit, “Women At Work in Revolutionary America.”  Exiting the Betsy Ross House, turn right, and stroll west on Arch St. for three blocks and cross Arch Street to the Christ Church Burial Ground.

CHRIST CHURCH BURIAL GROUND/ BEN FRANKLIN’S GRAVE
http://www.christchurchphila.org/Historic-Christ-Church/Burial-Ground/59/
In this two-acre space are 1400 markers, including the graves of Benjamin Franklin, Francis Hopkinson, Joseph Hewes, George Ross, and Dr. Benjamin Rush - - all signers of the Declaration of Independence; Dr. Thomas Bond, the founder of the first hospital; and Commodore William Bainbridge the Commander of "Old Ironsides”, the USS Constitution.  Hours are Monday-Saturday 10-4 and Sunday 12-4, weather permitting.  Admission is $7 with guided tour (generally available 11 AM-3:30 PM) or $2 without tour.

You can also see Benjamin Franklin’s grave from the Arch Street sidewalk at 5th Street  through the gate without entering the burial ground.

Cross 5th Street, turn left, stroll 1/2 block south, and you'll be right back at the Visitors Center where you started.

I’m sure that you’ve noticed that Emails #4 and #5 have taken you on a circular self-guided tour of the sights and venues in the Independence Mall area. You can skip venues if you wish, and at any time, can stroll two or three blocks across the circle, and be back at the Visitors Center.

THERE IS A WEBSITE THAT DISCUSSES ALEXANDER HAMILTON IN PHILADELPHIA.  Alexander Hamilton stayed briefly in Philadelphia during the Revolutionary War. He also attended Congress here, as well as the Constitutional Convention. He then lived in Philadelphia from 1790-1795 while serving as Secretary of the Treasury. He returned to the city at various times later in his life to defend law cases and prepare for the Quasi-War.  He proposed the First (national) Bank of the United States on 116 South Third Street, and a plaque has been installed near his home, no longer standing, at 226 Walnut Street.

So - - there you have the remainder of the "old city" sights.
​  A​s you can see, a day in the "old city" can bring you face to face with the nexus of US History in its earliest days, and permit you to walk the paths and visit the buildings and rooms where so much history took place.

Posted by Linda at 9:35 PM No comments: Links to this post

Email ThisBlogThis!Share to TwitterShare to FacebookShare to Pinterest
Labels: 2017 Convention 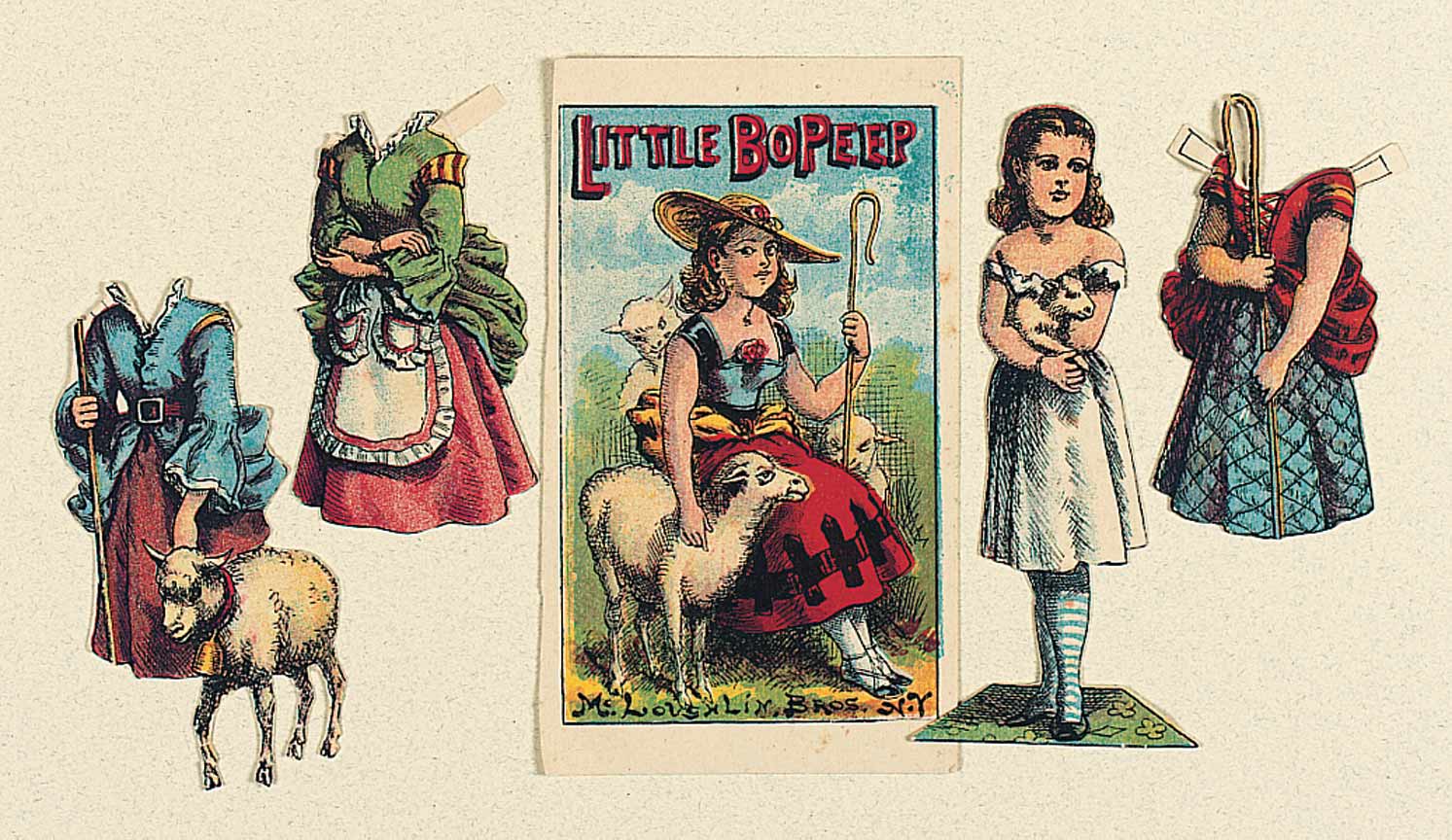 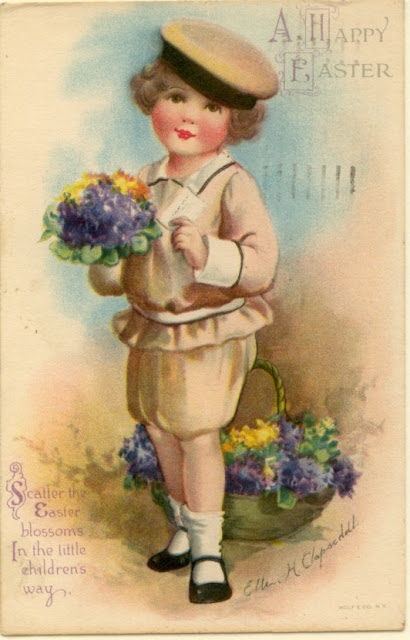 Posted by Linda at 11:14 AM No comments: Links to this post 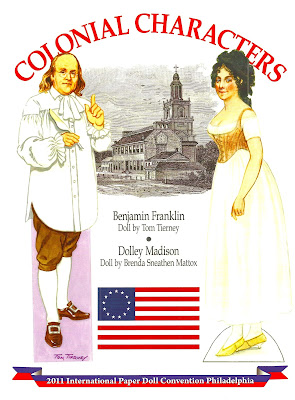