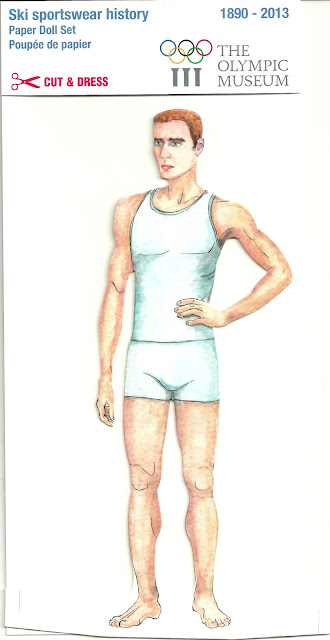 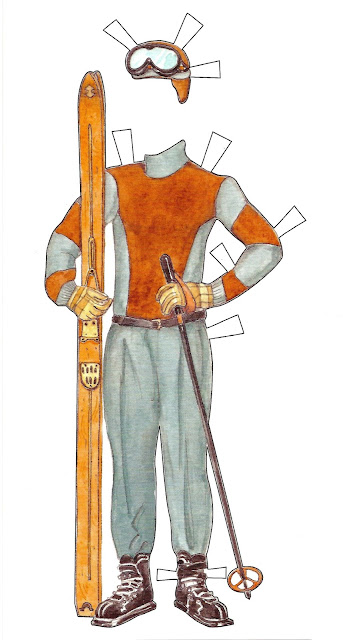 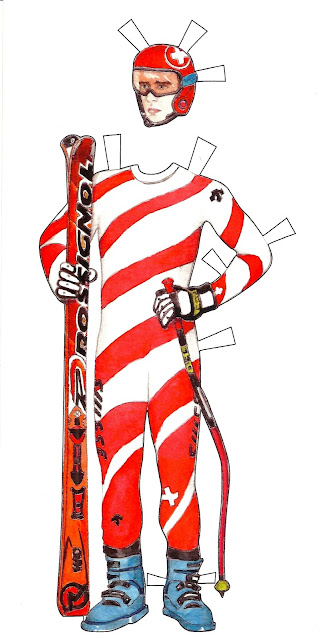 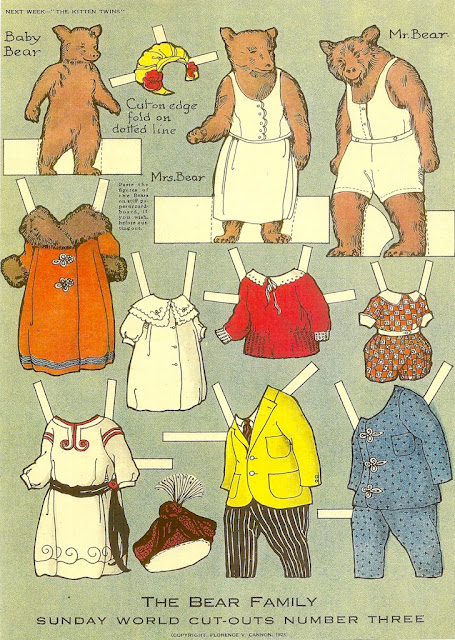 This is a copy that was included in the October 2005 issue of Golden Opportunities.
Posted by Linda at 10:23 AM No comments: 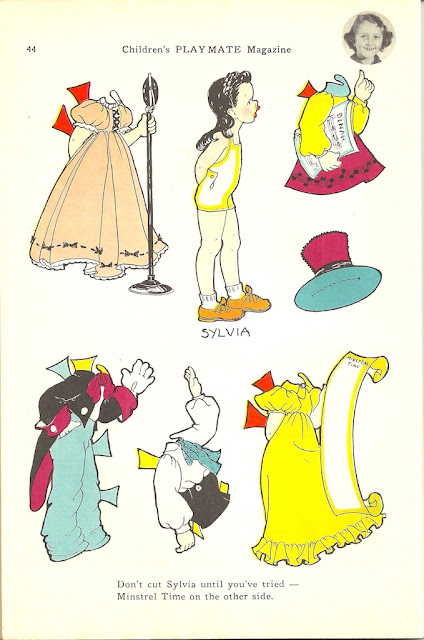 I love reading vintage magazines. Sometimes, they show a country and a culture in transition.

Minstrel shows in schools were still popular in 1959! A whole script for a children's minstrel show was included in this issue.

But in this issue it's clear that Children's Play Mate was struggling to keep up with the times: TV shows are referenced throughout, with pictures of child stars from the Mickey Mouse Club (Bobby Burgess and Cubby O'Brien) and the Donna Reed Show (Paul Petersen and Shelley Fabares) included in "cameo" shots in the back of the magazine.

Of course, TV also recycled old movies and comedy shorts from the early days of Hollywood, and the editors let young readers know that the "Little Rascals" was once "Our Gang" in the movies. This issue included 8 pages of the "funnies," the comic strips that ran in the Sunday newspapers, including Popeye and the Katzenjammer Kids. 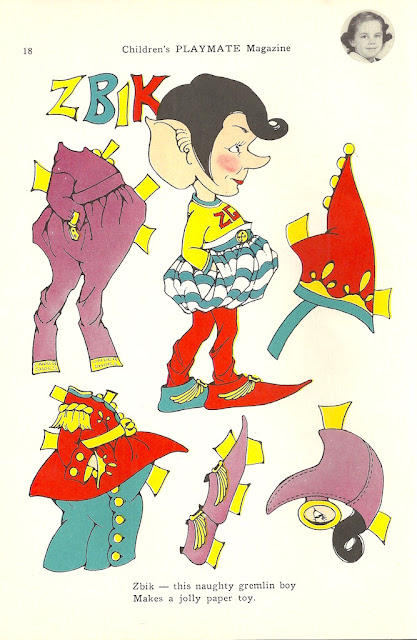 This issue had two very different cut-outs! Sylvia and Zbik. 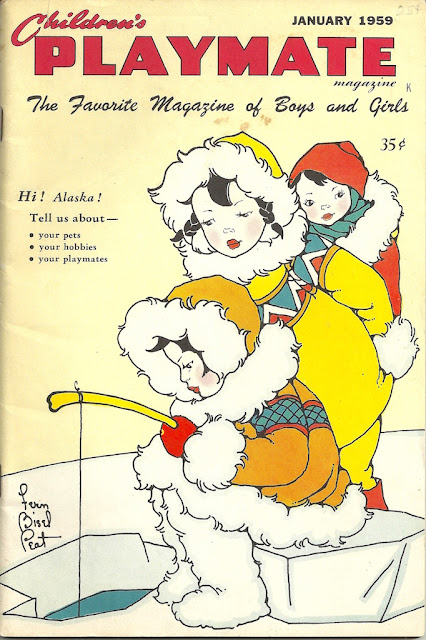 Alaska became a state on January 3, 1959, so the cover is perfect! An excellent chance for Play Mate to capture new readers and introduce them to longtime subscribers, as the cover text makes clear. The cover is signed by Fern Bisel Peat, but neither paper doll has been signed. I'm assuming Sylvia and Zbik are from the pen and brush of Peat, too. 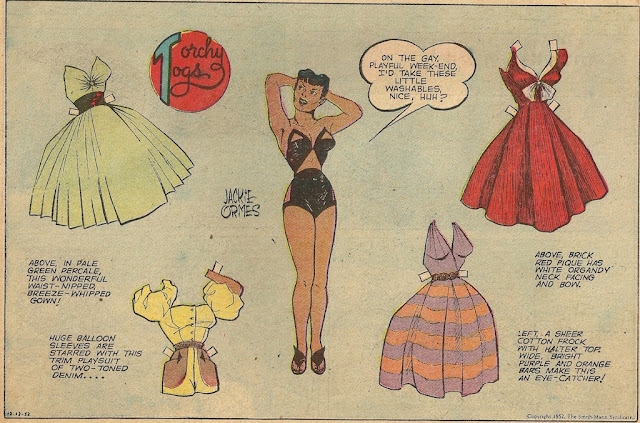 
Thanks to Monduane Harris for the fifties fab design!

Our theme is Pajama Party! I'll be looking through my collection for paper dolls in PJs. If you have one you'd like to share, post it on our Facebook page and I'll link to it here! 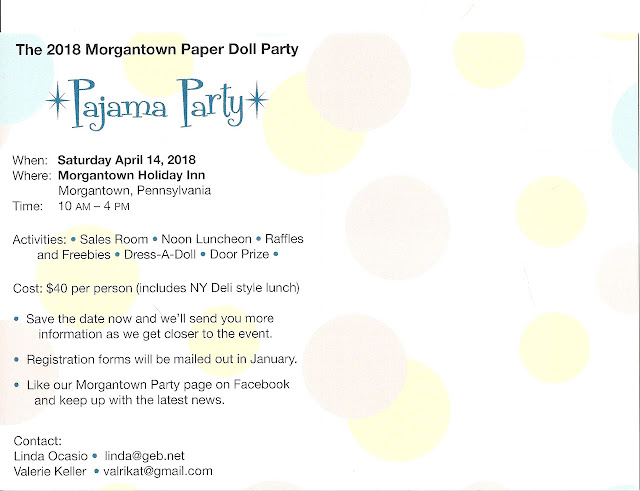 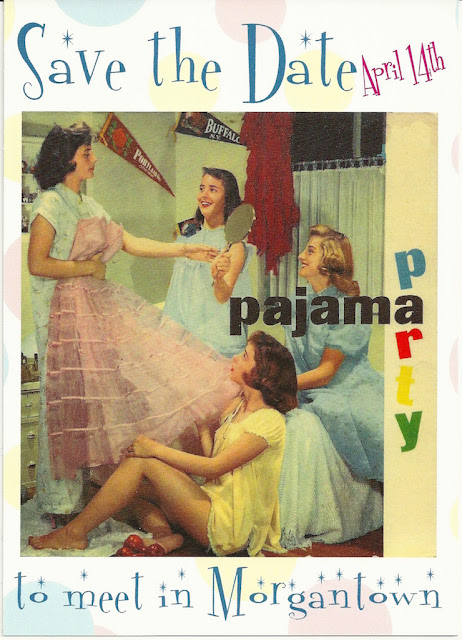 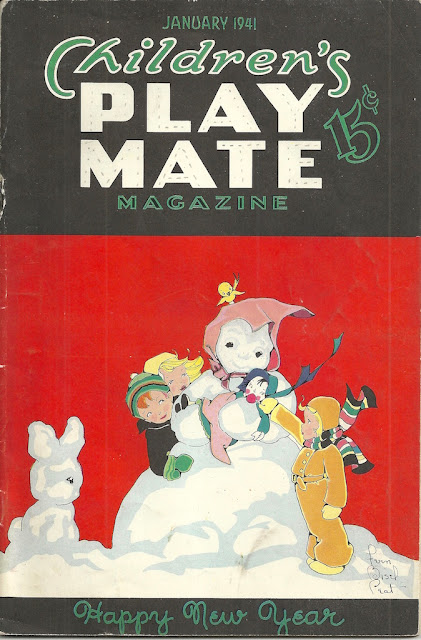 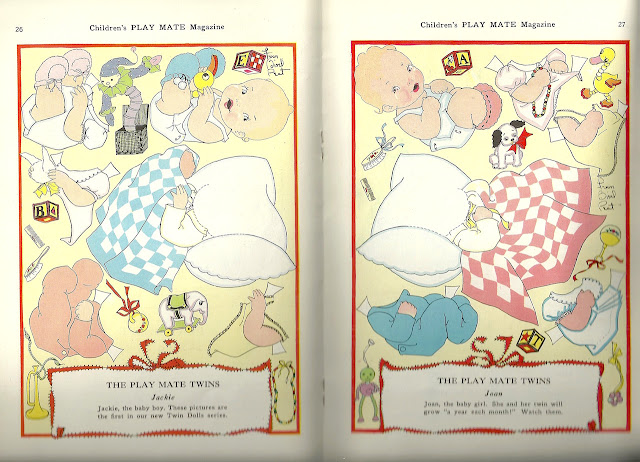 Jackie and Joan are the Play Mate Twins
Love the accessories: trumpet, toy elephant on wheels, jack-in-the-box, wood duck, toy dog, blocks, bows, beads, rattle and what looks like a little alien! The little grooming accessories, combs and brushes, are darling.
Posted by Linda at 11:14 AM No comments: 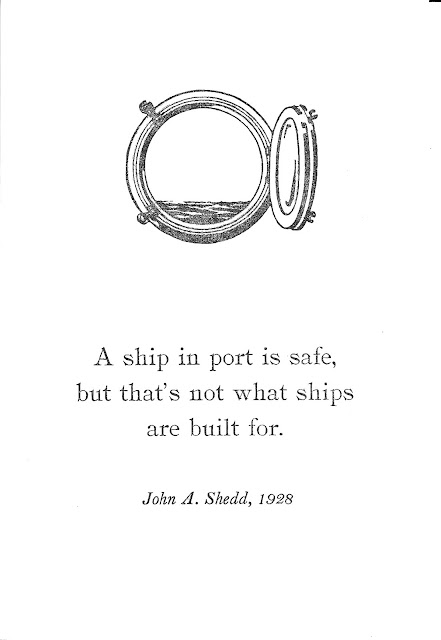 Email ThisBlogThis!Share to TwitterShare to FacebookShare to Pinterest
Labels: letterpress 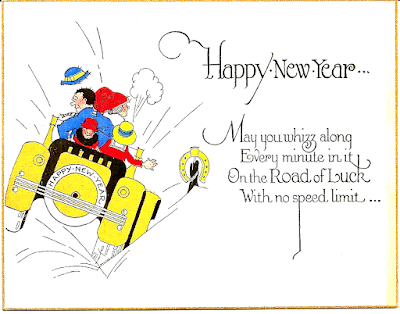 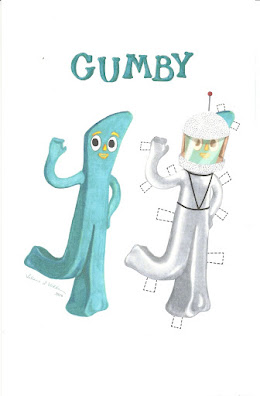