Puss and her Family, Baltimore American, 1898 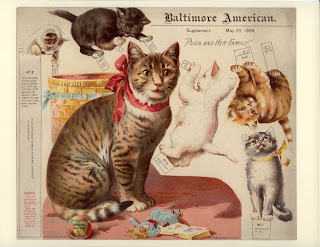 I found this lovely cutout in a convention salesroom a long time ago.

Jill Kaar Hanson has planned a wonderful event for this year's convention in Milwaukee, with the theme of "Tell Me A Story."

Unfortunately, I have to shift to absentee souvenirs. I'll be attending a family reunion that will pay tribute to my mother, who died Dec. 20, and her sister, who passed on April 20, exactly four months apart. It's been a tough six months.

I'll miss seeing all my friends at the convention, but I hope to catch up with many of you next year at the Pennsylvania luncheon. 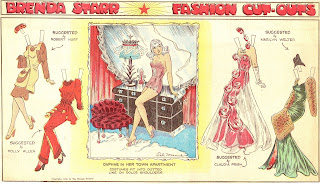 The great Dale Messick had a wonderful cast of characters in her Brenda Starr comic strip. I loved reading it in the NY Daily News as a kid, but I really learned about the special world of Brenda Starr in these older strips from the 1940s. I'd like to know when the last paper doll ran in the Brenda comic strip.

Don't forget to click on the picture to see more detail. The wardrobe is exquisite! 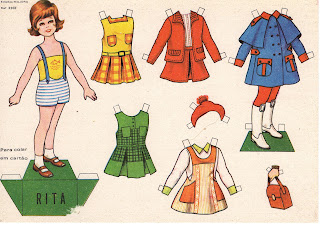 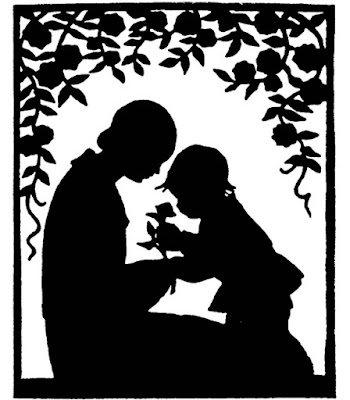 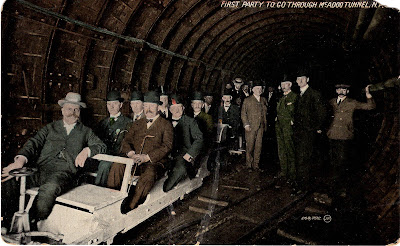 I was thrilled to find this postcard recently in a collectibles store called Wow! That's Unusual in Suffern, NY. (Check out their website here.)
Based on my research (see below), I would date this postcard from around 1908. It's unused, with a divided back, labeled Souvenir Post Card. In fine print: The Valentine & Sons' Publishing Co., Ltd., New York, Printed in Great Britain
Although the N.Y. is chipped on the corner of the postcard, it was clear to me that it was N.Y. Clearly the gentlemen in this photo were taking a look at the early days of tunnel construction from a cart, not a train. The postcard could be a year or two before the official opening in 1908; as a souvenir of construction, it might have been published and distributed even after the official opening. The Hudson and Manhattan lines were a boon to the growing city and the suburbs of New Jersey.

In 1889, an ambitious young lawyer, William G. McAdoo, independently thought of a plan to build a tunnel under the Hudson. Mr. McAdoo thought that running electric trains in tubes under the river would be the most feasible answer to problems faced by late 19th century commuters plagued by slow ferries running on long headways.

You can read more here. There are some fascinating details! Such as:

At 3:30 on the afternoon of February 25, 1908, a long line of invited dignitaries entered the 19th Street Station for the first official run through the Tubes. The station and eight-car train were in darkness, except for emergency lights operated from storage batteries in the train. Standing by in the station was a special telegraph operator, who signaled President Theodore Roosevelt, waiting at his desk in the White House, to push a button turning on the power. As the President turned on the current, the station and train were immediately flooded with light and the chattering of the compressors mingled with the cheers of the 400 guests.

As the train swiftly picked up speed, in Mr. McAdoo's words, "the silk-hatted gentlemen sat in rows, leaning on their canes, and looking a little uneasy as they glanced out of the windows and saw the curving iron walls flash by." The boundary line between the states was marked by a circle of red, white and blue lights in the tube, and the train stopped here to allow New York Governor Charles Hughes and New Jersey Governor Franklin Fort to shake hands between the two cars, symbolizing the "formal marriage of the two states."

When the train arrived at Hoboken, almost 20,000 cheering people were thronging in the square outside the terminal, and as the official party came out of the kiosks, boats in the harbor and church bells added to the din. Following speeches by Mr. McAdoo, the two governors, and other officials, Mr. Oakman, president of the Hudson Companies, turned the property over to Mr. McAdoo, for operation by the H&M. Then the official party returned via the Tubes to Manhattan for an elaborate banquet at Sherry's. 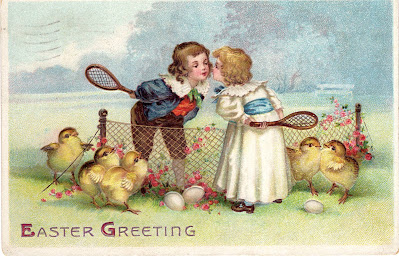 This postcard was postmarked April 6, 1912 from Canal Dover, Ohio, to Master Tom Scheffer in The Heights, Canal Dover.

After "love" there is a squiggle of writing that could be "your mom" or something else, but would anyone but a mom address a card to her son with the title of "Master"? 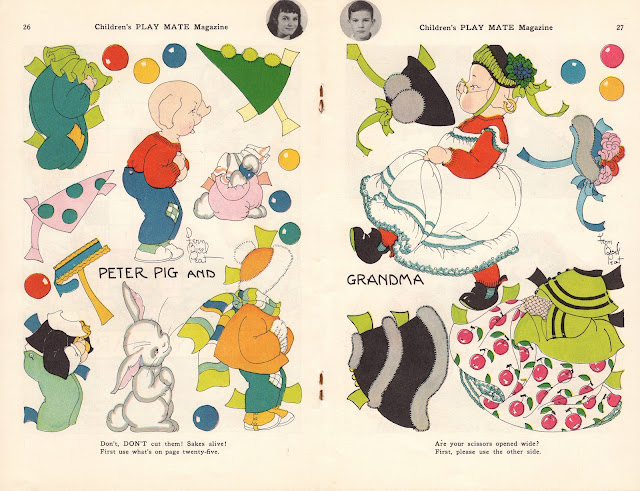 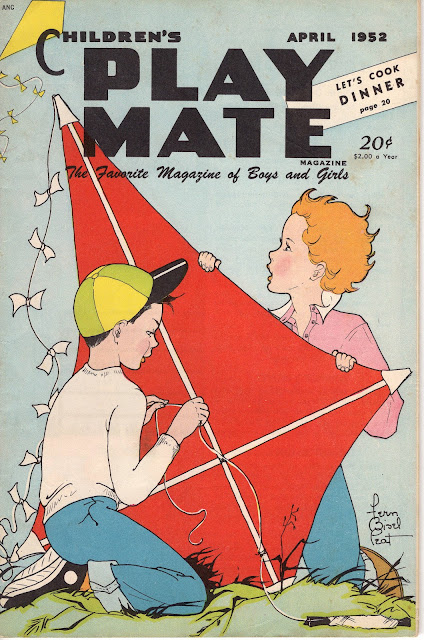